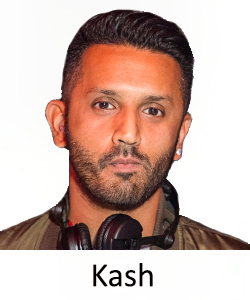 DJ Kash started his career as a DJ with Naeem, joining forces as the ‘Record Playaz’, mixing up all things Hip Hop. Kash is renown for his ability to mix and being a true turntablist, which can be seen through his scratching and beat uggling abilities.

As well as playing at the biggest of Urban events such as Sound Presence and clubs throughout UK, Kash was also the owner of Scotland’s first Urban Music store specializing in white labels and pushing new music through ‘The Record Box.’